Several days a week, Tanner is up with the sun and playing basketball with a local league. After he’s done competing on the court, Tanner is on his way into Pallet’s office with Fred, an American Bully Tanner describes as a healer. Their bond has only gotten stronger over the last year and a half. You could say the two were destined to be in each other’s lives before they met officially. Fred’s birthday and Tanner’s sobriety date are the same month and day.

Healing is also how Tanner describes working as a Community Development Representative. In this role, he answers prospective communities’ questions about Pallet’s model, demonstrates how our shelters work at trade shows, and supports other team members. Working at Pallet has had a positive impact on his life.

“It’s been healing to work here. It’s been healing to be around people who care. I believe we’re all people people. Being a part of something where I know every single day, every click, or every type is at least trying to have the intention of making a difference. I’ve just never, ever felt that,” Tanner shared. “I have passion and pride for it.”

His dedication to helping others extends beyond business hours. He goes into treatment centers to share his story, which now includes being in recovery for the last eight years. He also gives out food, clothing, rides, or whatever someone may need.

“That’s my purpose,” Tanner said. “I think about other people first. I always have, and I always will. I was lost for a long time. My compass was spinning.”

Tanner says his earliest memories are surrounded by trauma. Some of his first thoughts as a child were, “things are unsafe, hectic, and scary.” A family member sexually abused him, and he struggled to relate to his peers. At the time, both of his parents were dealing with substance use disorder. He lived with his mother after his parents divorced when he was four. A few years later, he moved in with his father.

“That was when most of the real trauma started in my life pre-drinking and drugs and everything,” he shared. “From nine until I was 15, I lived under his roof, and he was incredibly abusive. We lived in poverty. We wouldn’t have power and water for weeks on end. Physical abuse, alcoholism.”

After briefly moving back in with his mother, then his father again, Tanner was on his own. He no longer feared getting beat up and had freedom. He started partying and drinking alcohol. He says from that moment on, he could no longer consume substances safely and was self-medicating.

“Essentially, I went from a budding young 16-year-old very much on the path to college. And I could have had all of that,” Tanner explained. “Within a year, I was a convicted juvenile felon. I had dropped out of high school. I was selling drugs and was like a ward to the county or whatever, so I was on probation.”

When he wasn’t incarcerated, Tanner would alternate between the homes of family members, and later, he lived on the street.

“I would sleep under park benches. I would sleep in abandoned lots. I wouldn’t sleep because it’d be too cold,” he explained. “I would stay up for days on end for quite some time. And I’m still processing a lot of trauma from that.”

Tanner’s loved ones tried to help, including his mother, who was in recovery, but it took many tries and an overdose. Around Thanksgiving in 2014, Tanner went into a detox center. After leaving, he tried to find the substances he’d stashed under a dumpster, but they were gone. He took a taxi to a bus stop and decided to go north to Seattle rather than south which would’ve taken him back to his hometown. It was the first of several decisions where Tanner chose to take an alternate route. Doing so put him on the path of renewal and transformation. He started saying “yes” to accepting help and direction instead of the usual “no” response he’d done for the last ten years. Several days later, he went into treatment and then moved into Oxford House, a shared home for people in recovery from substance use disorders.

“Since 11-27-2014, I haven’t taken a drink. I haven’t done any substances, and I’ve had an absolutely amazing experience,” Tanner said. “I’ve just been healing for the last eight years.”

The lived experience Tanner and many others at Pallet bring is crucial to our success. Because he knows firsthand what it’s like to be homeless, Tanner can share his insights with groups interested in utilizing our shelters to address unsheltered homelessness. Importantly, working at Pallet is in line with his values.

“It’s been amazing,” he shared. “The conventions and everything that I’ve gotten to do since I’ve started is something I never thought I’d ever experienced but have.” 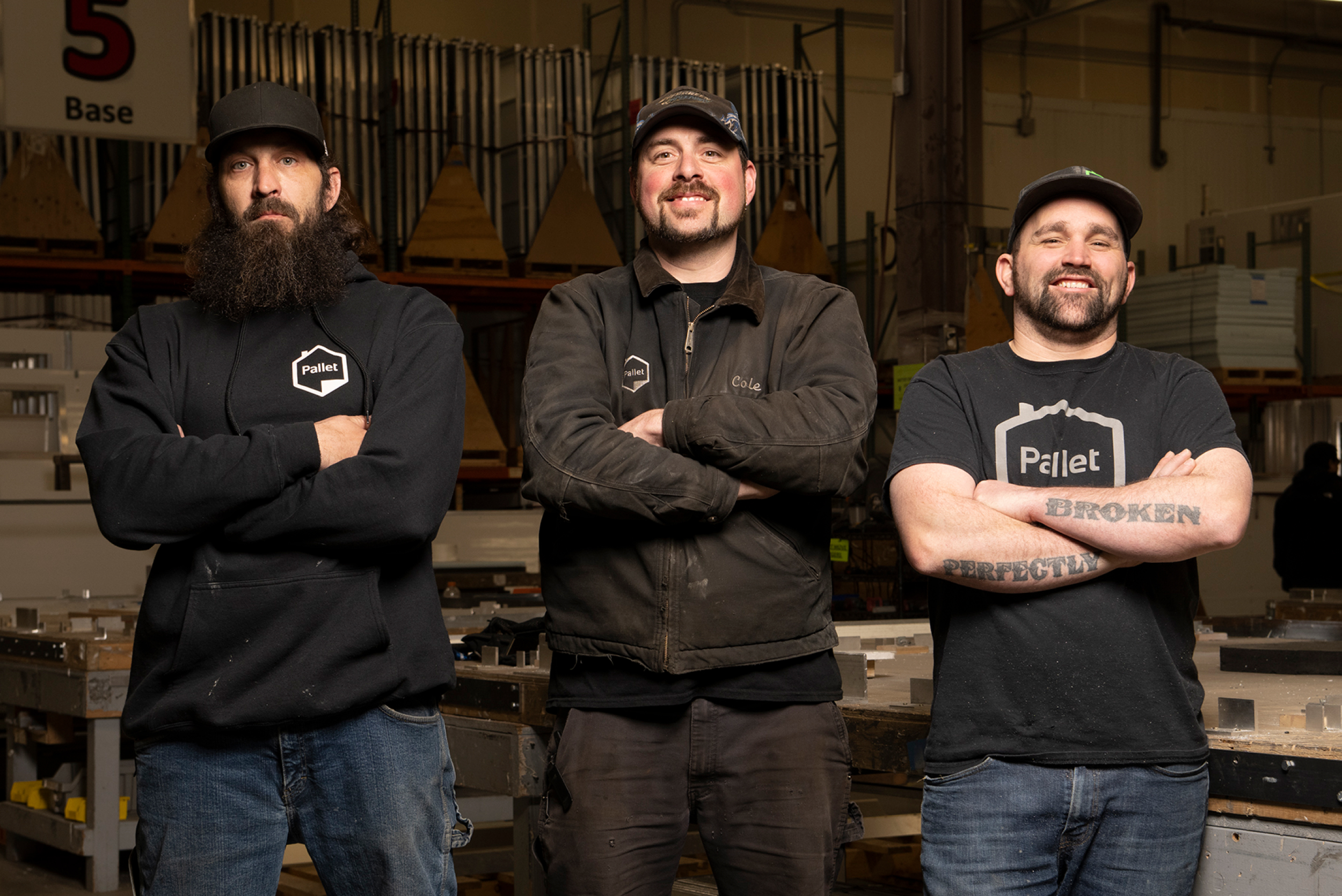 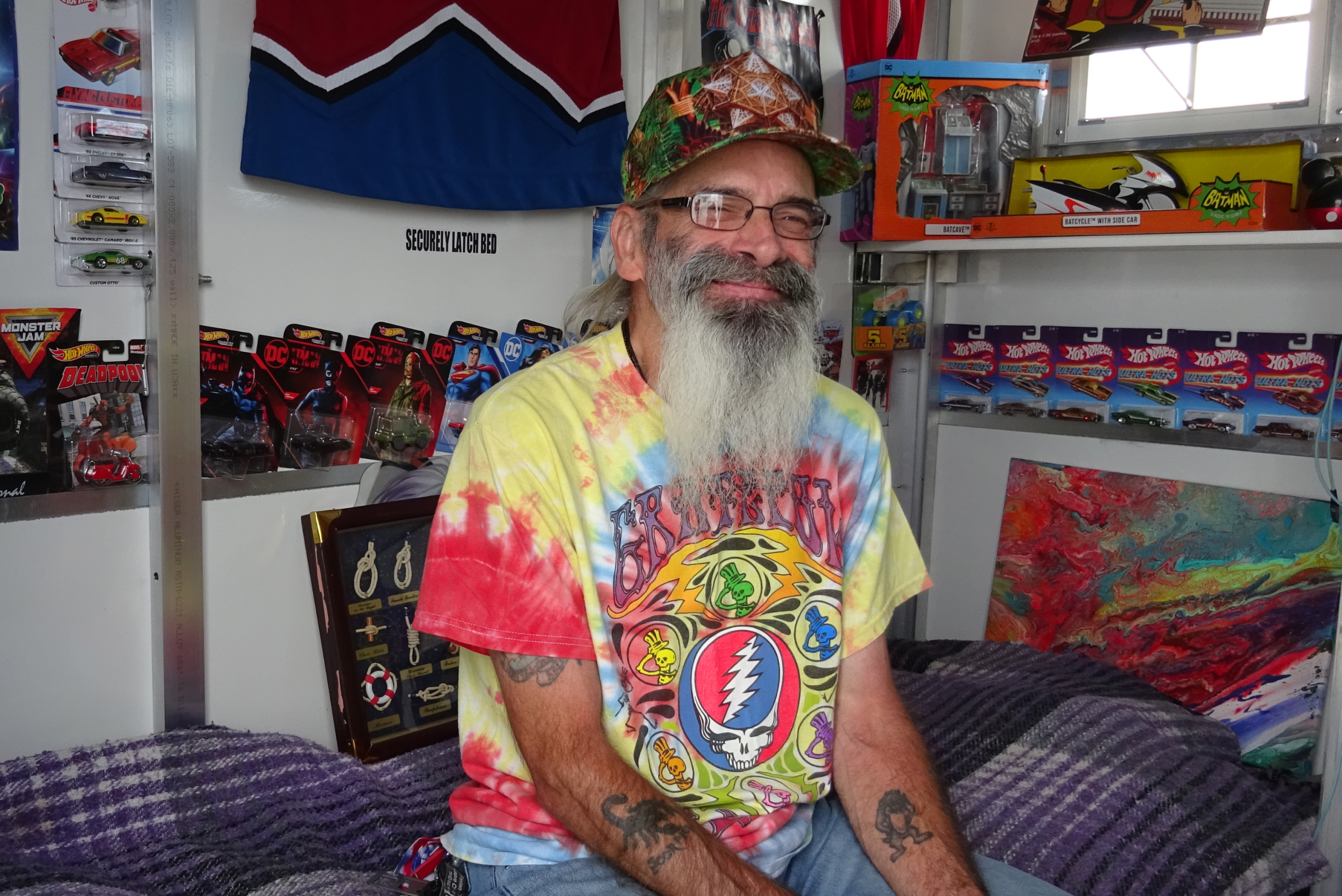