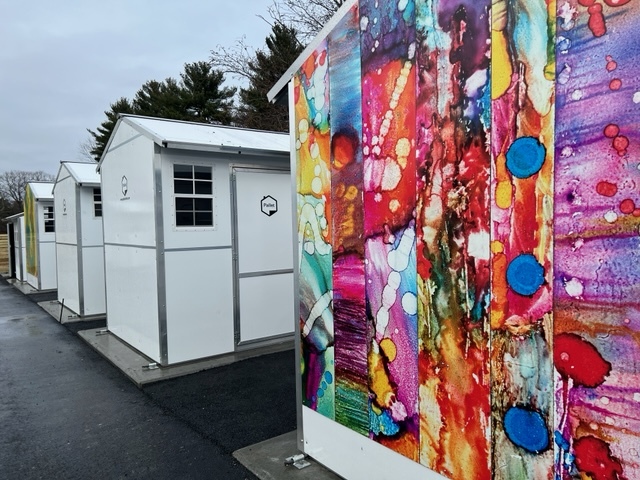 Learn how Boston became a safe space for people experiencing homelessness. Complete the form below to download this project's case study.

Unhoused neighbors located on Massachusetts Avenue and Melnea Cass Boulevard in Boston – known as “Mass and Cass” – felt the pain of the changing seasons.

Recognizing the emergency, the Commonwealth of Massachusetts chose Pallet to create a shelter village in Boston. The village is located in a parking lot next to Lemuel Shattuck Hospital.

City officials say a recent survey of roughly 140 people who were sleeping in the 77 tents near the intersection showed that more than 95 percent said they would be willing to leave their tents for [Pallet] housing, if it were available.