Casitas de Esperanza, or "Homes of Hope," is addressing the needs of people experiencing homelessness in San Jose, CA.

Silicon Valley, where innovation and tech dreams come to life, is nestled in Santa Clara County, California. Google is just one of many notable companies headquartered there. But thousands outside of that privileged bubble are focused on a more basic challenge — finding a safe place to sleep at night.

The opening of Casitas de Esperanza, or "Homes of Hope," in San Jose is one way the county addresses their needs. The site has 25, 100 square foot Pallet shelters for families experiencing homelessness. The shelters are equipped with folding beds, storage, windows, and heat and air conditioning. It's a dignified option for people living on the margins. Showers, bathrooms, and a community room are also on-site for residents to share. The site is managed by Amigos de Guadalupe Center for Justice and Empowerment.

Among the families who moved in were a couple who were evicted from their home after losing their jobs. They bought an old RV with savings, but it started breaking down. They were able to move into one of the shelters with their two daughters and are on their way to stability.

It only took a week to assemble the Pallet shelters at Casitas de Esperanza. We partnered with the San Jose Conservation Corps, a multi-faceted program that utilizes a combination of education and job training for adult youth, to put them together.

Victor Lopez with San Jose Conservation Corps served as the construction crew leader on-site. For him, it felt great to contribute to a solution of bringing people inside. The partnership allowed Lopez to strengthen his planning and production skills to lead the team.

"I had to teach other corps members how to be communicative and how to actually put all this together," he shared.

Each individual Pallet shelter is connected to electricity to power residents' personal devices, lights, and the heating/cooling unit. Casitas de Esperanza is unique because it uses renewable energy captured by a BoxPower microgrid. The system utilizes solar panels, batteries, and a generator which are all incorporated in and on top of a shipping container. This option saved the county approximately $600,000 compared to the utility company's initial quote to power the community.

“Pallet is truly a social purpose company, driven on every level by its mission to house the unsheltered, and this partnership serves as a testament to their willingness to go above and beyond to solve for the pressing needs of the unhoused in our communities,” said Dalan Angelo, sales and partnership at BoxPower. “Our shared values of cost-effective, rapidly deployable, and modular solutions ultimately all helped make this project a highly successful partnership we hope to soon replicate."

How the BoxPower microgrid works

On sunny and even cloudy days, the sun produces energy through solar panels. The energy either flows directly to the site to power appliances or is stored in batteries embedded in the box for later use. Energy from the battery is tapped into at night. When the batteries are depleted, the generators turn on to help cover both the community's power load while also recharging the batteries for future use. This ensures that when the generator is running, the energy produced is put to maximum use. In the summer months, the community will likely be utilizing 100 percent solar energy. When the days are shorter in the winter months, the generator kicks in to support the community power load.

"As a company that strives to make energy accessible to all, BoxPower is proud to bring clean, reliable, affordable energy to the Casitas de Esperanza community,” said Angelo Campus, CEO and co-founder of BoxPower. “We give priority to solar projects that enable better health, economic, educational, and/or housing outcomes for underserved communities — and this partnership with Pallet certainly checks all the boxes.”

BoxPower is based in California. Their microgrids greatly reduce fuel consumption, emissions, and ensure that renewable energy is maximized.

The partnership with BoxPower introduced a cost-effective way to power this community and allowed Santa Clara county to mobilize quickly in conjunction with our easily assembled shelters.

Sheltering people who are experiencing homelessness is an urgent need across the country. By working together, we can provide a solution that creates a more stable community where everyone has a chance to succeed.

Casitas de Esperanza is unique because it uses renewable energy captured by a BoxPower microgrid. 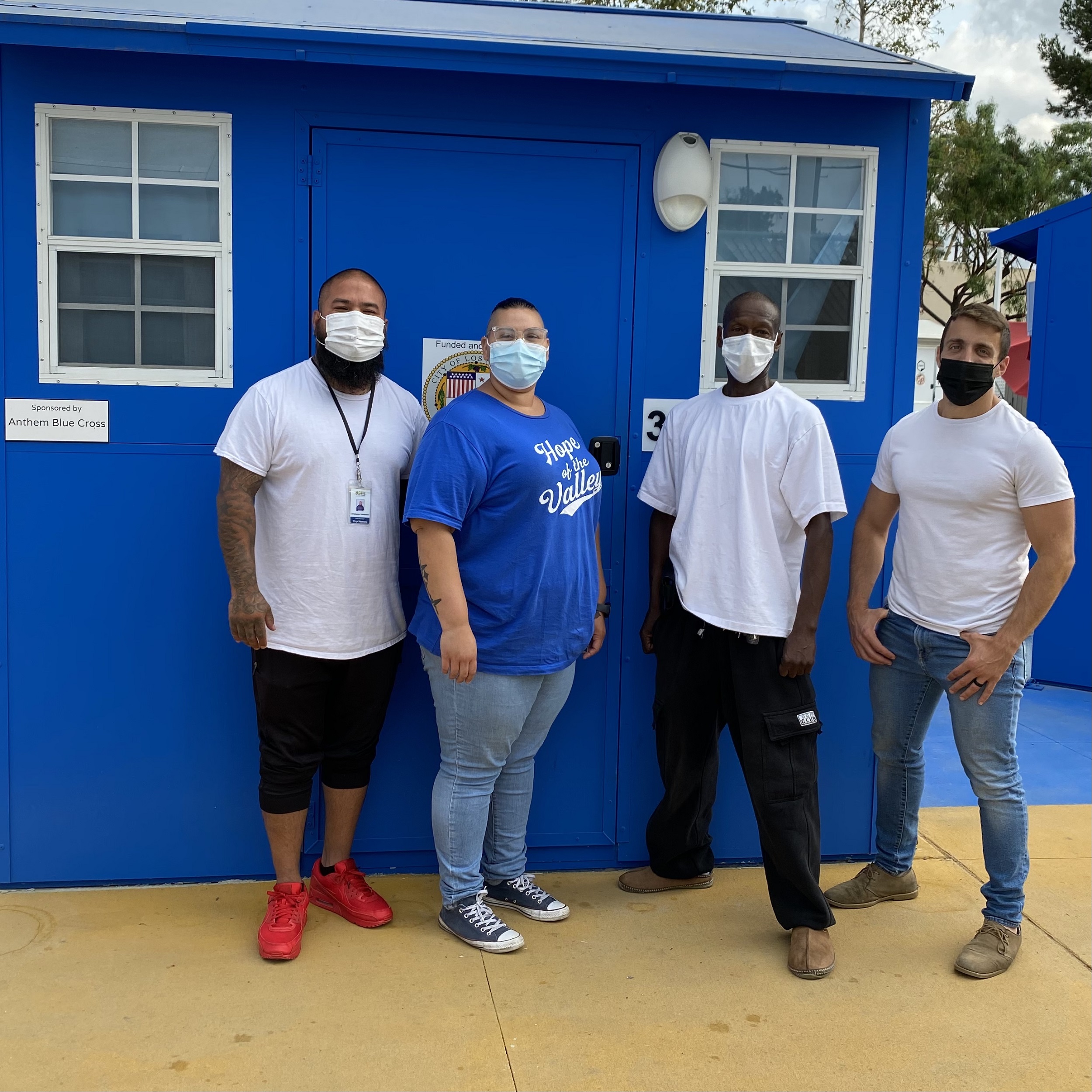 How Pallet provides a transitional step to permanent housing

The path to stability out of homelessness begins with a safe place to sleep and a supportive environment. 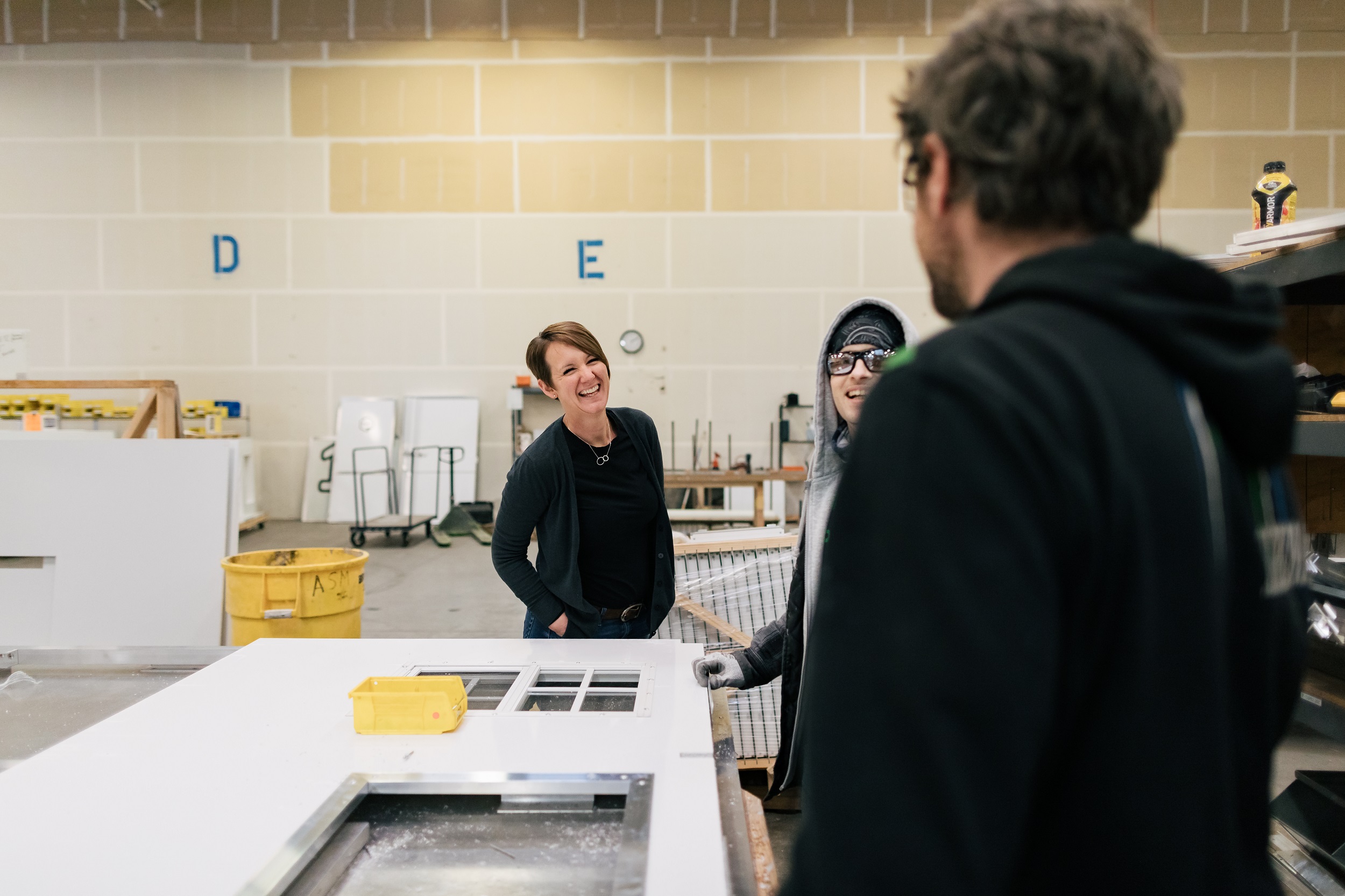